So, it's no surprise that I'm on the very back end of this new blog housekeeping effort, transferring blog stalking over to Bloglovin from Google Reader. As of Monday, you can't follow blogs the old fashion way.

Can someone tell me if we'll still be able to follow in Blogger? Or is that and Google Reader one and the same? I mean, I write a column for an IT media company, I'm married to a software engineer. These are things you'd think I'd know....


Posted by I Do Declare 6 comments:

if your friends jumped off a bridge....

Five on Friday. Because everyone else is doing it...

1. North West
Am I just insane for not hating this name? I mean, it's not a direction I would take baptizing my own progeny, but...I feel it could have been so much worse. I am not crazy about "Nori" (as someone obsessed with the late Nora Ephron, I would have much preferred Nora, but...then that very pretty name would be tainted, so....is best). If you are at all preoccupied with baby names, especially celebrity ones, you should be reading Duana of, my favorite, Lainey Gossip. Her thoughts on how this name might guide North West's life are pretty brilliant. If your moral compass allows hating on baby names, this article will provide you with some most impressive remarks. 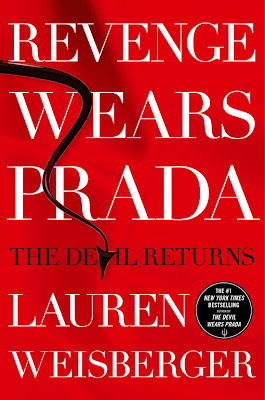 I read Revenge Wears Prada, the sequel to Devil Wears Prada. I wanted so much to love it, as I did its big sister and its movie cousin.  There isn't much to offer about it except to say it's super underwhelming. That is all. 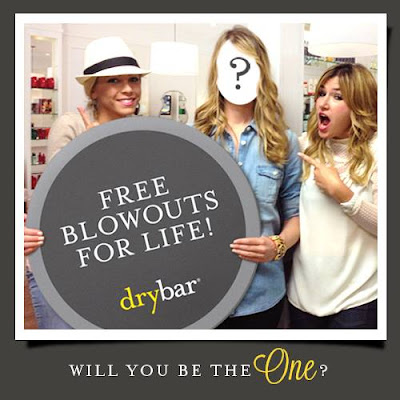 I budget funds for weekly blowouts. I am prepared for the judgement, but in a chair at DryBar is my happy place, and my thick, frizzy hair can last a full work week when professionally dried. This week,  the 1,111,111th customer will score blowouts for life. Sunday is my lucky day, I just feel it. 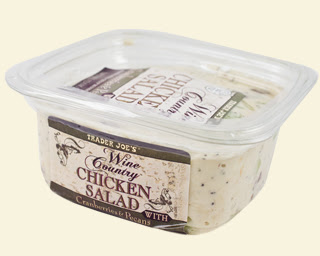 At the advice of my friend, Jocelyn, I recently tried Trader Joe's WineCo Chicken Salad. It is very good....as close to authentic Southern chicken salad as one can buy. If Trader Joe's isn't whole foods enough for you, then you can make your own. I found a recipe for it here .

5. Gray (but not blue...) haired bloggers
Dee and I have been chatting about doing a link-up soon for bloggers in the 35 to 45-year old demographic.  In real, as in blog, life I have friends at every age and stage, but I would love to find some new sites written by older-ish women.

You too can take the bridge leap. Link up with Five for Friday here. 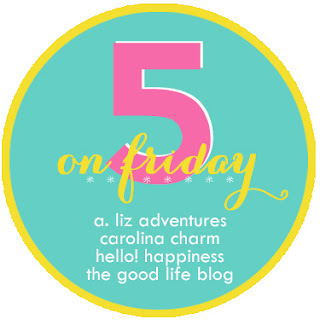 Posted by I Do Declare 5 comments:

Every dog has its day...and Norma has been enjoying some busy, glamorous times since she found a home with Dan and me. 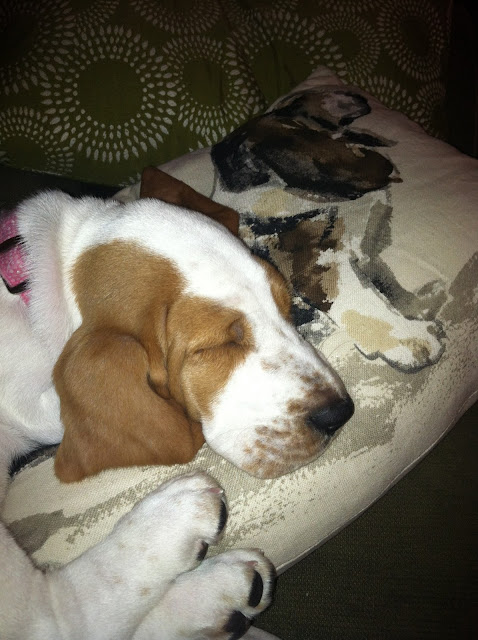 Norma, napping on a pillow from Cassie

She believes all pups are met with the spoils of toys and treats that arrive in custom gift bags.... 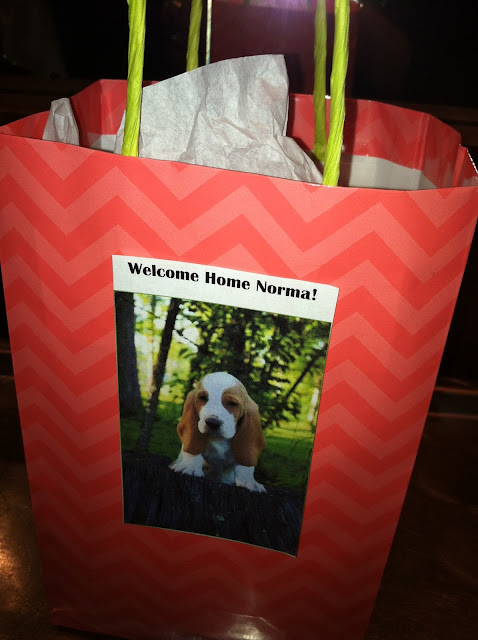 ...and that it's normal for a dog's tag to be fancier than her mother's china pattern. 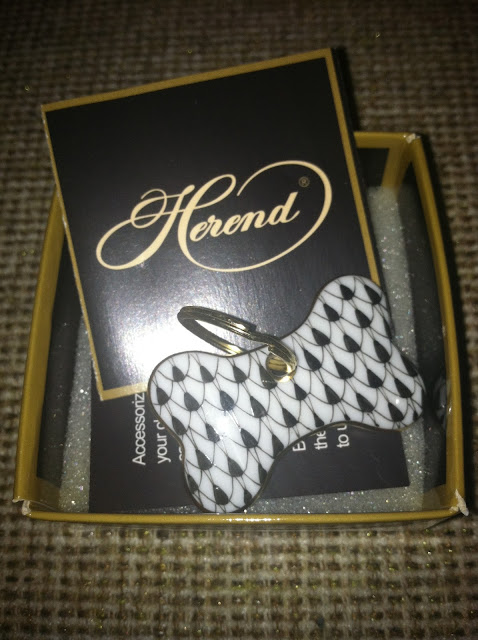 Sleep-away camp? She's already been! When her dad had to be out of town for business during her first week home, Norma + I enrolled in summer session at the Winter Home. 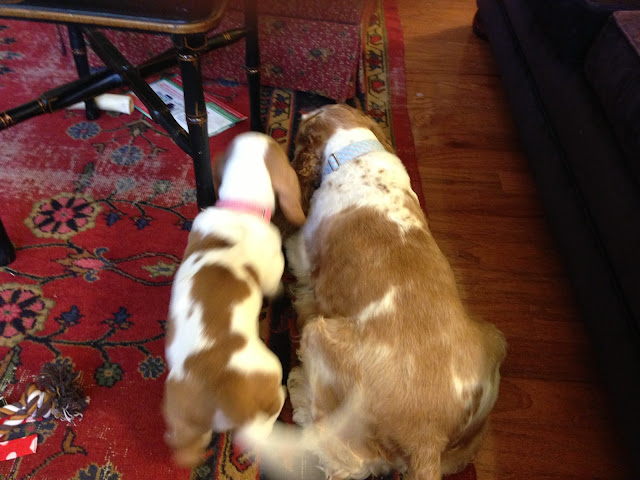 There, in the charge of dog whisperer Mary and her prodigy, Beaufort, Norma enjoyed two days of countless rawhides and long walks around the Kentlands while I went to the office (someone has to fund her indulgent lifestyle). I would return at night to an exhausted, happy girl...then Mary + I would order Chinese food. 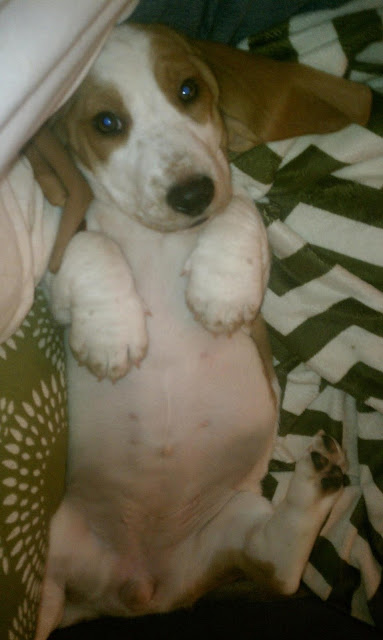 Rub my belly or I'll bite your ankles

The pooch had only days to rest before hitting the road for Virginia Beach last weekend to meet grandparents, an uncle and other adoring family. She returned, naturally, with new trinkets for chewing and a growing sense of entitlement that surely explains why she thinks it's fine to pee on the rugs.
Posted by I Do Declare 6 comments:

Email ThisBlogThis!Share to TwitterShare to FacebookShare to Pinterest
Labels: Norma

hot times, summer in the city

Tomorrow marks the first official day of summer. Over at my Fedscoop column I've made a list of 10 warm weather pastimes in Washington, D.C.  You can read the list here. 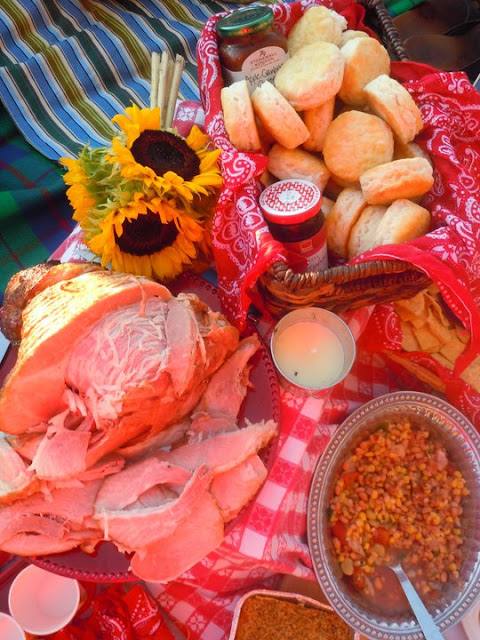 When the sun goes down, a picnic at a concert, winery or outdoor movie night is a favorite way to celebrate summer.

What are you looking most forward to doing this summer?
Posted by I Do Declare 3 comments: 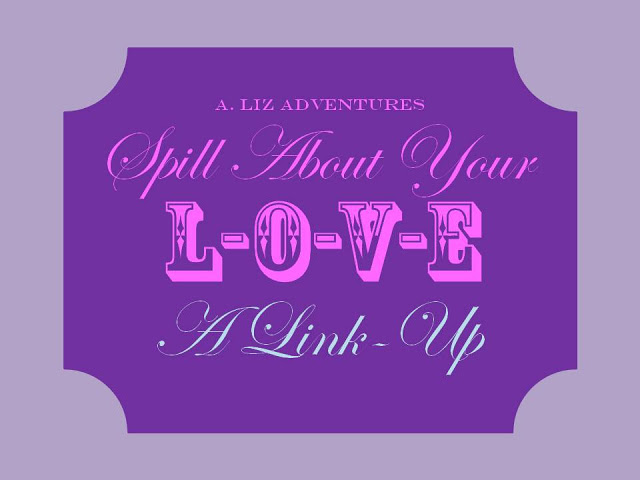 I am spilling about my love life a little bit today, linking up with A. Liz Adventures, a Charlotte blogger I met at Dee's baby shower last year. It's fun to link up with other bloggers (because I've been a bit MIA in the cybernets lately) and  it's fun to read about how other couples' romances work (because I'm nosy!). You can share about your own l-o-v-e or just read more love stories here. 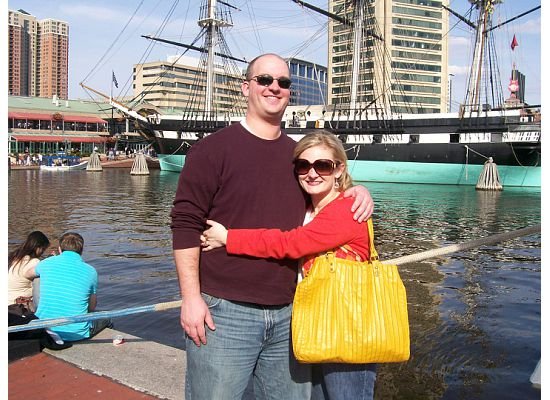 In Baltimore Harbor during the early days of dating

{1} Describe your dating life prior to finding your husband/boyfriend/fiancé.

During high school I had two boyfriends. The relationships both lasted years, the second, more serious one, until after I graduated college. It wasn’t until I moved to D.C. that I ever even casually dated, but I did for many years. Cue Love is a Battlefield. After tiring of the Washington dating scene, I decided to put up an online dating profile on match.com. I saw Dan’s profile and reached out to him. I wrote about finding love online for Gwen in Love, and you can read our full story here. 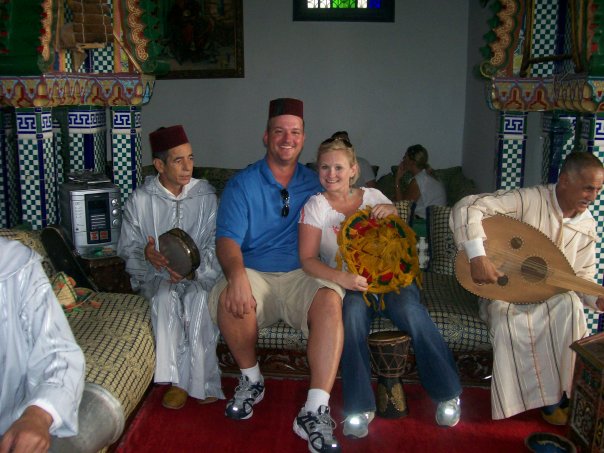 {2} Describe your husband/boyfriend/fiancé in one word. How would he describe me in one word?

SMART.  When you type in an address to GPS, you can thank my husband when you arrive at your destination.  Dan kind of invited GPS in the way that Al Gore invited the internet,…which is not at all. BUT, he was part of a team that wrote the computer code for the earliest GPS systems used by the U.S. military. His work led the way for all of us to have GPS on our phones and in our cars. The odds are high that some of his coding still connects satellites today.

His initial answer to a one-word description of me would probably be crazy, but then he’d be more thoughtful and say something about my kind heart. 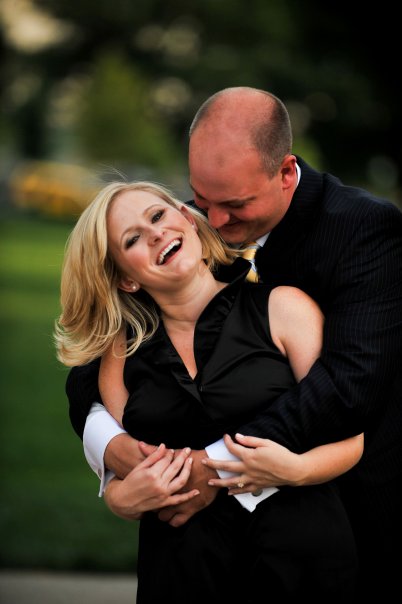 {3} You had a really silly fight. Embarrassing silly. What was it about?

There was this antique bench I bought once…when I was jobless. We'd just moved in together and Dan was supporting me, even though we weren’t even engaged. At the time, he found the purchase (and my defense of it) a tad frivolous. Since then, Dan has come to appreciate the bench and accept that his opinion on home furnishings will never rarely matter much. I've learned to at least give major purchases a mention before shopping at stores with a no return policy. 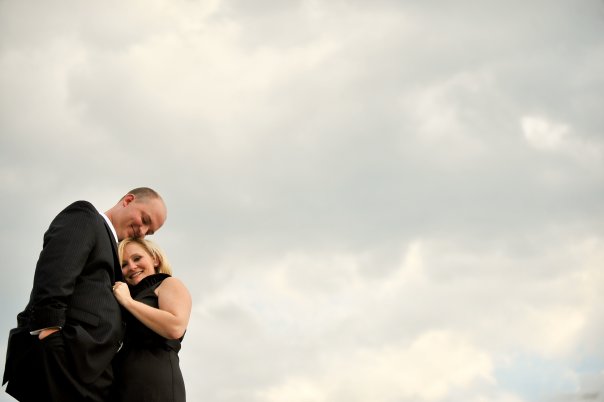 {4} In three sentences (and only three!), describe where you both hope to be in 5-years.

1. I wish for success in our careers.
2. I hope for a collection of some kids, some passport stamps, and some more antique furniture to fill a forever house.
3. I pray that that home, somewhere near or on the Bay, will be filled for many, many years with healthy family and friends. 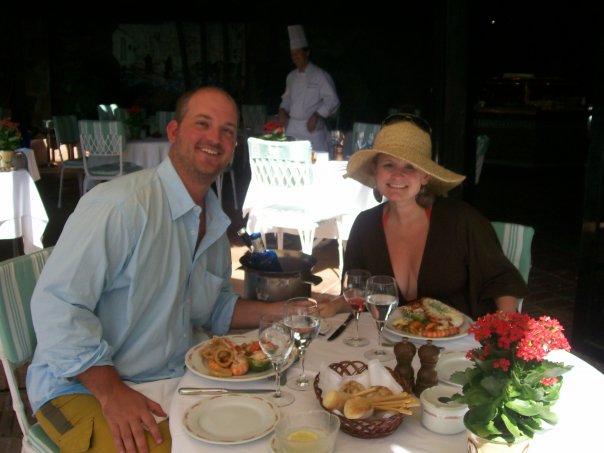 {5}  Tell us something about your husband/boyfriend/fiancé we wouldn't know from reading your blog.

Despite his contribution to the global positioning system, he’s pretty terrible at directions.

Also, he's a very devoted dog dad. Living with bitches has made him such a softy. 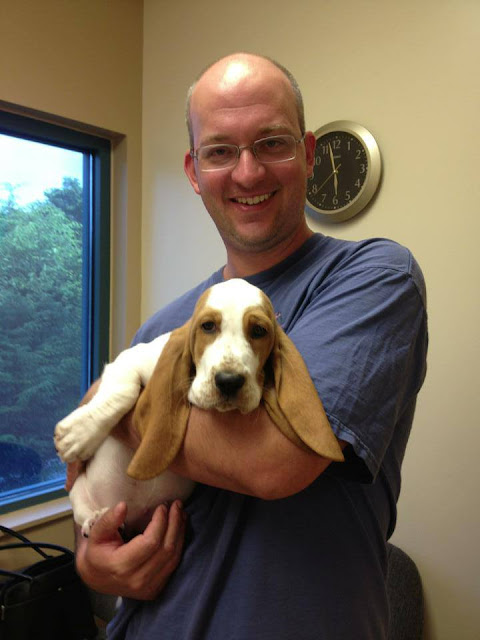 Dan and Norma at a recent vet visit

{6} What's one thing you never thought you'd do in front of your husband/boyfriend/fiancé, but you did?

It rhymes with smart.
Posted by I Do Declare 7 comments: 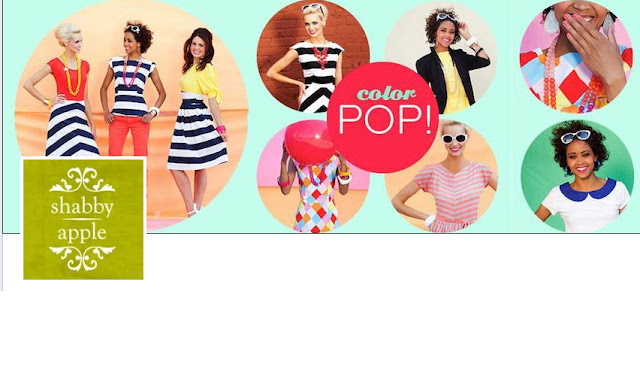 Congratulations and Happy Shopping to Katie King! She's the lucky winner of a $50 gift card to shop  Shabby Apple.  Thanks so much to the fun team at Shabby Apple for offering up this summer treat! 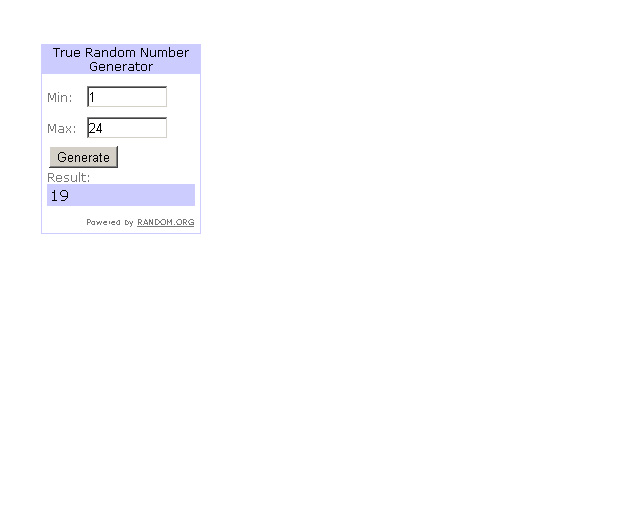 Email ThisBlogThis!Share to TwitterShare to FacebookShare to Pinterest
Labels: Give-Aways

This little muffin is moving in soon.... 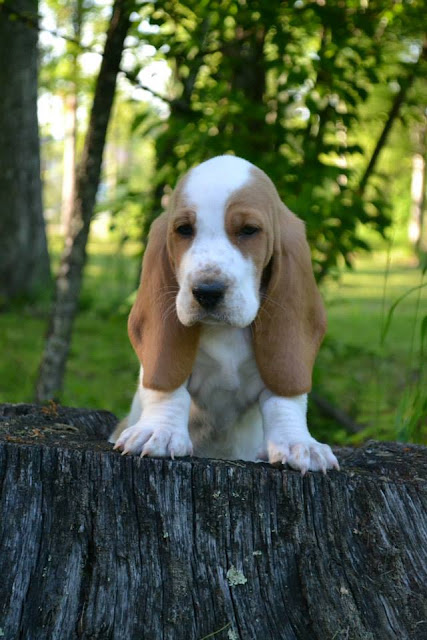 and she shall be called.....Norma! 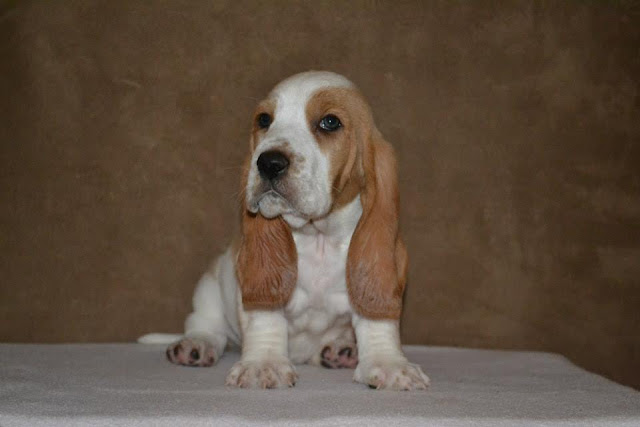 And probably Norma Jean. Norma Sue. Abnorma, which will turn to Abby.  Her father has already dubbed her Babs, which stands for Baby Appalachian Bigfoot because...take a peak at those paws, which to me, make her a Biggers. When she's bad, Dan says she'll be Marilyn. We are nicknaming fools.  For now, she's just a little Norma.  Norma Biggers. 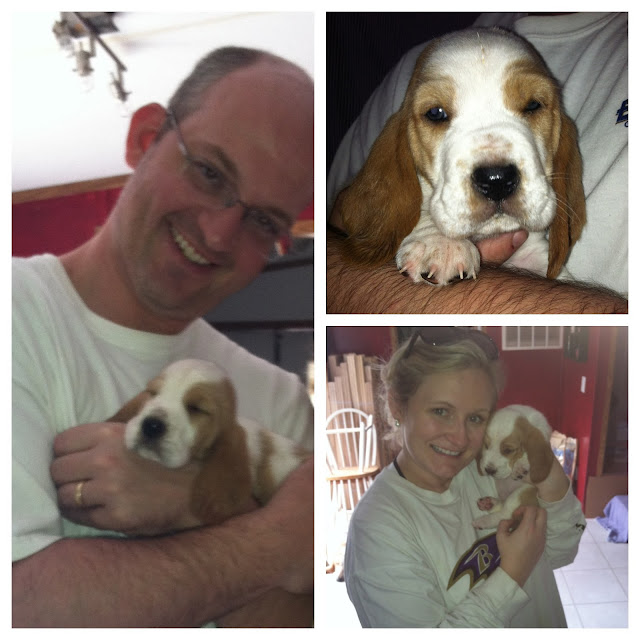 Our first visit with Norma

Dan + I made the trip to West Virginia to meet her back in May. You can see from her senior picture (top) compared to the photos directly above how much she's grown in just three weeks.

On Wednesday, she comes to live with us forever. It's been too quiet and a little lonely in a dog-less house since we lost Chloe back in March. I even miss dog smells. We're ready for things to be back to normal with our new Norma. She has some big paws to fill, but we think we've sniffed out a perfect little hound.
Posted by I Do Declare 11 comments: 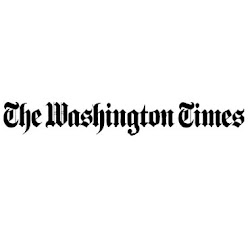 I Did Declare {archives}

I Do Love These Blogs